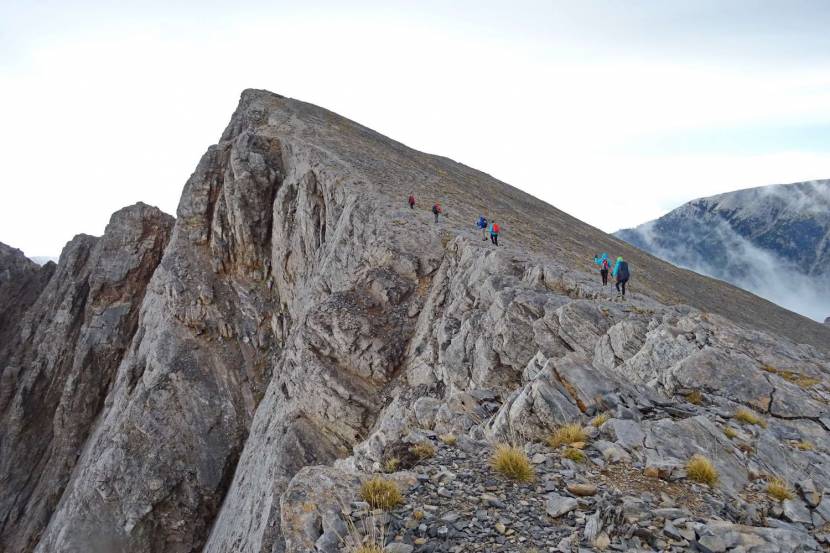 In 2015 and 2016 I participated at the Olympus Mythical Trail. I climbed Mytikas and Skolio, Skala and Stefani a dozen of times last few years…

Something brought me back to Litochoro and the Olympus, again and again. But… it took me till June 2018 to discover that mount Olympus is more than the few high peaks where 90% of all visitors of Olympus go. In the beginning of the summer of 2018 I learned in the Outdoor Store 55 Peaks in Litochorothat the name of the shop was based on the 55 peaks over 2000 meterin the Olympus massive, described on page 23 of Nikos Nezis book ‘Olympus’ (2003, EOOA Anavasi)(in Greek, not translated). I liked the concept to give the shop a name based on a technical description of peaks in a book. I like books and I like mountains.

The name 55 peaks is a way to express that mount Olympus is far more than only that single peak, Mytikas, the highest point of Greece. The Olympus massive is a beautiful area, waiting to be discovered, in all itsgreatness, with many peaks and places where hardly anyone goes, with exotic names likeAntimos,FrangouAloni, Chteni, EnneaPyrgi, Pirgos, SteniSalatoura or the GrivaRachi. Remote places with beautiful views and a divine energy. Magic spots where the presence of ancient spiritual powers still can be felt. This 55 peak thing inspired me.

After I learned about the connection between the book, the name of the shop and the idea behind it, it took me less than 24 hours to develop the idea to connect all this 55 peaks in one track on a map. Connecting (people, information, ideas) is an important ‘theme’ in my work in The Netherlands. This is why connecting became a theme in the ‘55 Peaks Project’. Since the connection between the villages around mount Olympus seems to be non-existing for a foreigner like I am, the 55 peaks project track I designed started in the west-Olympus village Kokkinopilos to end in east-Olympus small town ofLitochoro. I hoped to bond the two Olympus villages in one project, because long distance hike E4 connects both villages more in theory than in practice. In the 5 years I know the area no one ever told me he or she hiked from Kokkinopilos to Litochoro. Which I understand, since transport between both places by road is quite a challenge.

Finding information about getting around and the not frequented part of the mountain was a project in its own. Olympus is described in ancient books, but modern information for hikers and alpinists about the mountain is scarce.After days of studying maps and consulting people to find all the peaks mentioned in the book on a map, redesigning the track several times,the final draft of the 55 Peaks Project had to wait until the 18th of August to be completed hiking and running.

The17th of August 2018 I started at 5 am in Kokkinopilos to climb the first peak Antimos, after Thomi and Monika brought me by car to the starting point, the night before. The three of us ate late dinner in Babis Taverna, I slept three hours in Dias Hotel in Kokkinopilos.

After an 18 hours day, reaching all the western peaks and the Christakis-Skolio-Mythikas- Skourtarange, the crew of the Petroustrouga hut helped me with a bed, food and drinks to get me through big part of the night. I rested for about 6 hours, to continue my journey in the last hour of the night. Not knowing how to find most peaks in the dark, I preferred to hike most of the project in daytime.

Day two brought me down to Prionia and up to the Far South with Skamnia and EnneaPyrgi, to explore the very remote system of Kakavrakas-Kalogero-Livadaki,interrupted by the Achrianiand ArvanitiRidges.I was impressed by the remoteness, beauty and strong energy in many of the spots I passed. I regretted not to be here at full moon…

At Arvaniti I found the water stash that I prepared a week before. At the second day of the 55 Peaks Project I found no other water, there are no huts or other support.

The 55 Peaks Project brings a hiker to the most beautiful and remote higher parts of the massive of Mount Olympus. Unexpected views, wild horses, herds of mountain goats, experiencing the presence of divine powers, the late summer snow…

In my humble opinion mountain lovers -local and foreign- should take some days to experience this mountain in its full extent. I hope the 55 Peaks Project will inspire others to discover the ‘Unknown Olympus’.

Completing this project would not have been possible without the solid support of a ‘ground’-team and others. That’s why I want to thank: 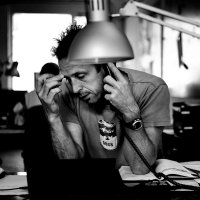